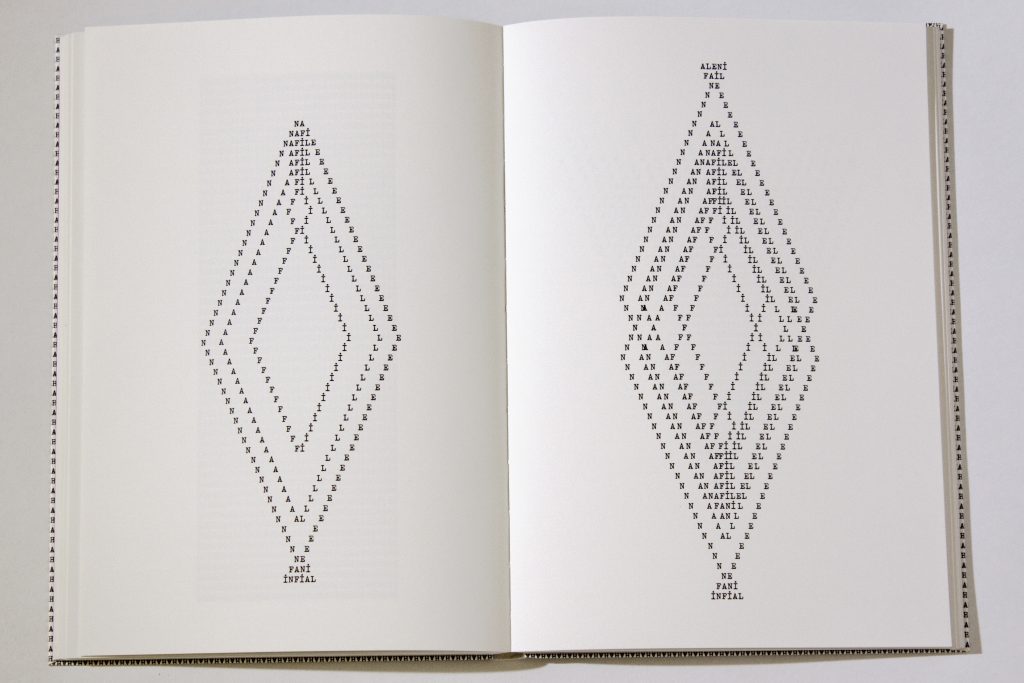 60 process poems, written in the period from 1990 to 2000, all but a few of which were typed on Oliver Courier and Remington Rand typewriters, which constantly reference the tradition of concrete poetry and are made up of variations of processed poems by pioneering poets like Ruth Wolf-Rehfeldt, Claus Bremer, Yüksel Pazarkaya and Ernst Jandl.

Ha… In Turkish, this word is an interjection that has multiple meanings and may express astonishment, warning, endeavour, affirmation or inquiry… Then, there is also the ‘ha’ in the word ‘hayır’… Hayır, in fact, stems from the Arabic word xayr (hay’r), meaning goodness, or better, hayır was used in 17th century Ottoman along with the negatory word yok [absent] as a euphemism, a rhetorical device, in the form, ‘yok hayır‘ or ‘yo hayır‘… to mean, ‘my answer is negative, may the best come of this’… In time, ‘yo‘, or ‘yok‘ were dropped and ‘hayır‘ remained… ha’yır also means ‘ha poetry’… ‘yır‘ meaning poetry or eloquent expression in old Turkish… Besides, there is Fazıl Hüsnü Dağlarca’s book of poems ‘Hoo’lar’ -the plural of Hoo-, reminiscent of ha’lar, the plural of ha… Ha is ah written backwards, too…